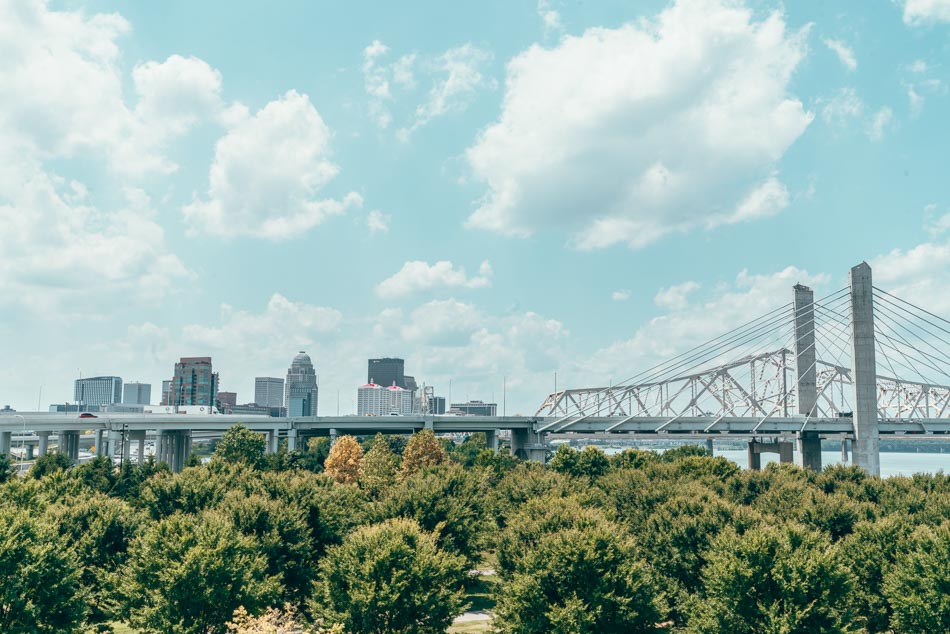 Louisville, Kentucky is the city where I grew up, and although I’ve traveled all over the world, I’ve never found anywhere quite as special.

Louisville is more than just a world-class city brimming with art, culture, food, bourbon, and the friendliest people you’ll meet anywhere. It’s a big city with a small-town feel, as the locals like to say. And it’s felt like home to me for my entire life – even when I didn’t live in Louisville!

Let’s Go Louisville is a love letter to my hometown. I want to help locals discover their home in new ways, and help visitors to fall in love with Louisville as much as I have. My goal is to showcase the best of the city and to show the world how much Louisville has to offer.

Because if there’s one thing I know about Louisville, it’s that despite the city’s flaws, we keep growing. I’ve seen Louisville progress and change over the years (and heard plenty of stories about it from my mother, who also grew up in Louisville). That progress is sometimes slow, and often overshadowed by missteps and mistakes, but it’s constant. And I know that at its core, Louisville is an amazing place full of incredible people.

But I’m getting ahead of myself. Let’s do a proper introduction. Hi, I’m Lia!

I grew up a farm on the outskirts of Louisville (yup, y’all, we had horses and everything) and spent 17 happy years falling in love with Louisville.

I grew up watching fireworks at Thunder Over Louisville; catching fireflies on warm summer nights; riding roller coasters a Kentucky Kingdom during the Kentucky State Fair; trick-or-treating at the Louisville Zoo; drinking coffee on Bardstown Road and moodily journalling in Cave Hill Cemetery; and attending plays, operas, and theatre festivals (yep, I was a theatre kid!).

But like many Louisville locals, after graduating high school, I enrolled in an out-of-state school. In my case, I went a little too far and soon transferred back to a closer-to-home option: Indiana University in Bloomington, Indiana (go Hoosiers!) Living just two hours away meant I could spend most of my weekends back at home, which wasn’t necessarily great for my social life but was fantastic for cementing my love of Louisville.

And then, college ended – and I went much further away. I accepteda job in San Francisco, California. And even though it was very different from Louisville, at the time it was exactly what I needed! Being young and single in San Francisco was a blast.

But as the years went on – and I aged out of the early 20’s going-out-every-night life – I found myself missing Louisville again. Living in a city that seemed to re-invent itself every few years made me yearn for a slower life back at home, and the corporate world I’d entered into in the Bay Area was, er, a touch soul-sucking.

But I was still in my mid 20s, so of course, I had no idea what I wanted. So I did what any confused corporate stooge having a quarter-life crisis would do: I saved up a bunch of money, got married, quit my job, and spent a year traveling around the world on a year-long honeymoon!

During my travels, I backpacked across South America and Europe and road tripped across the USA. My husband Jeremy and I had a ton of ridiculous mis-adventures, and during our trip, I started a travel blog called Practical Wanderlust. To my surprise, the travel blog grew and grew, and by the time our year-long honeymoon ended, it was much more than the fun little hobby I’d expected it to be!

After spending a year traveling full-time, we settled back down in Oakland, California. I took the leap and became a full time travel blogger, and my husband returned to his passion: teaching high school.

I spent another 5 years living in the Bay Area and traveling the world for my job as a travel blogger. I wrote a best-selling book, started a podcast, spoke on stages across the world about blogging and travel, and co-founded a non-profit with my husband that combined our two passions of travel and education.

But as time went on (read: the minute I turned 30) I realized that no matter how long I lived in California, Louisville would always feel like home. And something about it kept pulling me back home again.

So, I embarked on a not-so-secret campaign to convince my California-born-and-raised husband to leave the beach and move to Louisville. I took him to Thunder Over Louisville. I brought him on the Danger Run Haunted House scavenger hunt. I took him to Shakespeare in the Park. And we went to every good restaurant in town, until he started craving Shalimar and Please & Thank You, too.

As we began expanding our family (first a dog, and then with a baby), our decision became more clear. We were ready to settle down in Louisville.

And so, after a decade away, it’s time for me to come home again. We bought a house, and we’re getting ready to pack up and move into a beautiful Victorian in the Highlands. I’m so freakin’ excited! And, honestly, nervous – will I have reverse culture shock moving back to Louisville after living here for so long?? Er, stay tuned….

By creating Let’s Go Louisville, I’m giving myself an excuse to get out of the house, grab my camera, and go explore my beloved hometown. I can’t wait to get to know all the ways Louisville has changed since I last lived here full time, and to see it through the eyes of my wonderful husband and our new baby.

With the help of my partner Jeremy and my Editor-in-Chief (slash bestie for the last 15 years) Richie (learn more about them here), I’m so excited to grow this little website to hopefully become a helpful resource for local Louisvillians and visitors alike.

And I hope to connect with some of y’all, too! Whether you’re a visitor, a longtime local, a new transplant, or you spent some time away and moved back home again like me, I’m excited to hear about your experiences in Louisville and do my part to help shape your time here.

What would you like to see on the site? I’ve got lots of ideas, but I’d love to hear yours, too! Drop me a comment below.

About the Author: Lia grew up on a farm (complete with horses and all) on the outskirts of Louisville, Kentucky. She fell in love with Louisville on warm summer nights and crisp fall days, but when she graduated high school, she left to see the world. A decade or so and 35 countries later, she'd still never found a place quite as magical as Louisville - so she moved back to her old Kentucky home! Read more about Lia here. 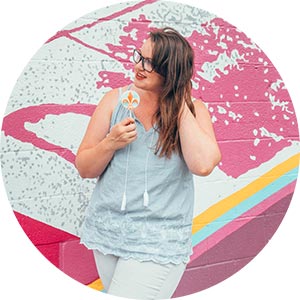